Making of : enforcement of a German default judgment in Texas (B2C) 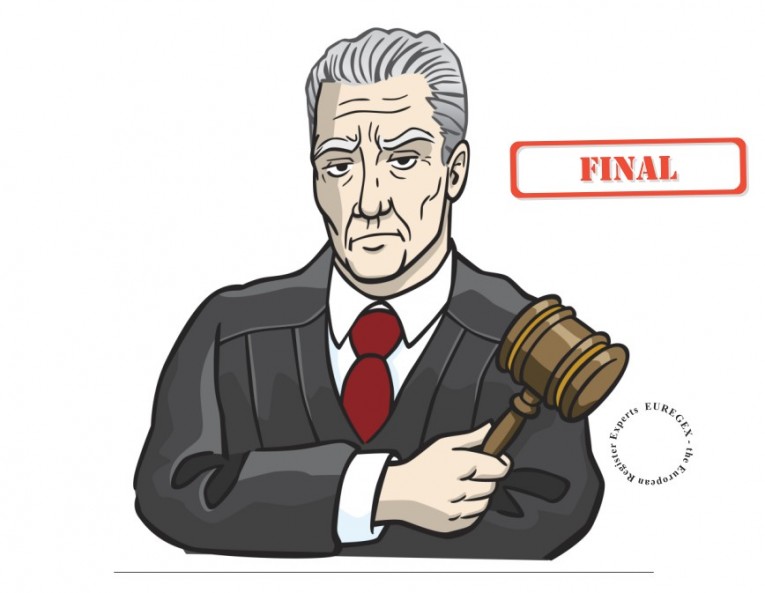 Facts
-claim type and amount: medical claim, outstanding balance 30,000€
-realisation period: 2010-2015
-debtor: a civilian member of the US Army
-country where the debt was incurred in: Germany
-legal status at the time when the order was placed with Euregex: German default judgment after order for payment procedure
-action and measures taken: prelegal debt collection, exequatur, due diligence, filing of the abstract of the judgment with the property records in the US county (putting a lien on the debtor’s property)
-result: paid in full

case description:
debtor had a heart surgery and made a down payment and had a payment plan. Debtor stopped installment payments, creditor obtained a default judgment in Germany. Debtor returned to the US. EUREGEX gets involved. Debtor can be reached by phone but refuses to confirm his new address and disputes the claim.
An address trace is made by EUREGEX and we commission two US affiliates. Debtor pays 1/3 of the claim amount and prohibits any further contact threatening with insolvency.
EUREGEX starts a due diligence investigation and recommends client to have the German judgment domesticated in Texas.

Problem 1 – Client was not prepared to invest more than €1,000 in legal proceedings. Going legal in the US however always involves considerable lawyer fees.

Solution – EUREGEX and our great US partners in charge took the full risk for any further costs. In return, the EUREGEX success fee was raised.

Problem 2 – debtor’s defence strategy is to say that he was not aware of any judicial proceedings against him in this matter. It could not be directly proved that the (complaint) documents for instituting legal proceedings (payment order, enforcement order) were served as the German Court used the „Joint Headquaters“ in Germany for service. The German court even had to struggle for months to receive the confirmation of service from the Headquaters. For the US legal system,however, the service confirmation that was finally obtained was not sufficient. The lawsuit seemed to be doomed to be lost.

Solution – The debtor had objected the payment order before returning to the US and this objection could be provided at the last minute. This lead to the collapse of the debtor’s defence strategy.

Problem 3 – Although a judgment could be reached in the US after one more year, enforcement was difficult as we faced various challenges. Texas is known as a very debtor-friendly state and a seizure of assets is extremely difficult. Any first property of a debtor that is used be the debtory himself/herself cannot be seized. The same applies to the income.

Solution – We had to find further assets – and we did. The debtor owned a small boat and we found out that he had transferred a condominium (bought to let) to a family member, and this while the judicial proceedings in the US were still going on. This was where we could start to act. Through an enforceable judgment we could file a Lis Pendens in the Property Records office of the US county where the condo was located (a land registry as it is known for instance in Germany does not exist). Within no more than 12 months following the ‘domestication’ of the judgment we could collect the full remaining balance.
Total duration of the collection process: 5 years

Our advice – In your receivables management always make sure to meticulously archive all documents that are relevant to the procedure, especially any proofs of delivery. Public service of a default judgment is not likely to be successful in transborder claims unless the complaint or payment order could be served or the debtor is expected to return to the country of origin of the claim. Public service (initially) suspends the period of limitation, but it should be noted that – even in so-called ‘western’ countries – limitation periods partly are considerably shorter than in Germany, even for enforceable claims.

EUREGEX is the leading – and possibly even the only existing – information agency for worldwide address tracing and apart from this we are also the expert for the international debt recovery of claims against consumers or individuals. With excerpts and examinations of documents and investigations in land registries and commercial registers worldwide, we are a unique specialist for your cases with an international dimension. More Information..